This one I decided to read because of a review I read over at Cuddlebuggery. I’m so very grateful I did. 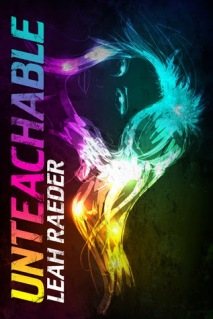 I met him at a carnival, of all corny places. The summer I turned eighteen, in that chaos of neon lights and cheap thrills, I met a man so sweet, so beautiful, he seemed to come from another world. We had one night: intense, scary, real. Then I ran, like I always do. Because I didn’t want to be abandoned again.

But I couldn’t run far enough.

I knew him as Evan that night. When I walked into his classroom, he became Mr. Wilke.

I don’t know if what we’re doing is wrong. The rules say one thing; my heart says screw the rules. I can’t let him lose his job. And I can’t lose him.

In the movies, this would have a happy ending. I grow up. I love, I lose, I learn. And I move on. But this is life, and there’s no script. You make it up as you go along.

And you don’t pray for a happy ending. You pray for it to never end.

Age: Adult; 18 years and up
Review: 3.5 butterflies
You know those books that you have absolutely no idea whether they’re going to end happily or not? This was one of those books. When it’s a book about a relationship between a teacher and a student, it’s pretty hard to picture a happy ending to this.

The writing was perfect. It was hopeful, delusional, and shaped the characters perfectly. It was real. So freaking real that I felt connecting to the words immediately. The writing caught my attention from the beginning, and kept it until the very last line. (Which, by the way, had me shrieking, “That’s it?!” but also whispering, “That’s so perfect.”)

I loved Maise. She wasn’t like me in many ways, but I liked her. She was funny, cynical, naïve, and so very wise. She was grown up, but constantly learning. Wise and naïve. You’d think that would be a contradiction, but it isn’t. It works so well in her and I absolutely loved her for it.

Evan is interesting. I actually don’t really know what I think of him. He’s funny, charming, but also broken, like Maise. They helped each other, and that’s why it was such a great book. It wasn’t just about romance, it was a coming-of-age story. It was a story about real life and how it intervenes in a relationship.

There were many different characters; many different things going on in this book. But it was also just about Maise and Evan. Though Maise was my favorite character in this book, Siobhan was a close second. Maybe it was because of the instant connection between Maise and Siobhan, but they truly understood each other.

There’s some books that you can’t write coherent reviews for — you just have to read them and soak in the words. This review isn’t even close to half as good as the book is, and I really recommend it for people who enjoy romance and constantly-doubting-if-it’s-gonna-end-well endings.