Welcome to the cover reveal for What Remains, designed by Paper and Sage Design! This book is an Adult Post-Apocalyptic novel that is set to come out October 15, 2013!

What Remains by Nicole R. Taylor 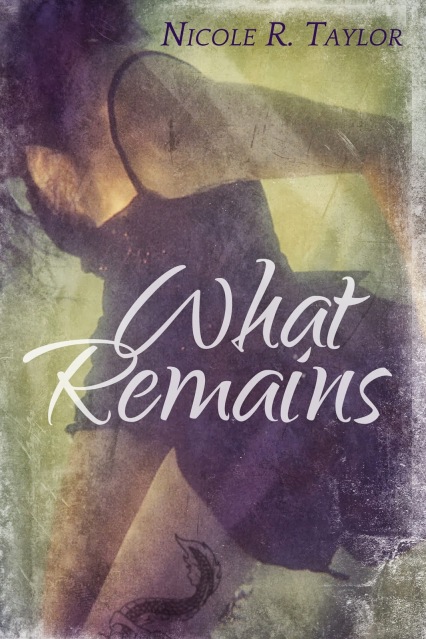 I’d never known true darkness until the lights went out.
I had never known what it was to be hungry.
Everyone I ever knew was dead. If they weren’t, then they wished they were.
I know I did.

Prue Ashford has been surviving alone in the Australian bush for the last three years. After an unknown virus wiped out most of the human population, she escaped the chaos and hid. Every town and city was locked down into quarantine, but that only led to the inevitable. Death.
Living off the land, avoiding other survivors turned bad, she’s led a lonely life, surviving on the edge of a very narrow cliff. The moment she begins to lose hope is when she meets the handsome and enigmatic, Shaw.
He’s the first human being she’s seen in three years that hasn’t tried to kill her and she doesn’t dare to hope. She’d given up finding anyone alive that still had goodness inside of them.
Her only option if she wants to live is to trust Shaw and he takes her to the isolated community he calls home. Being among people again is it’s own challenge and Prue finds herself tested on every front. Making friends was never easy for her and making them after an apocalypse is even harder.
Hannah, the town’s apprentice doctor, becomes the closest thing Prue has to a best friend and Nan fast becomes her surrogate mother. Shaw brings feelings to the surface that she would rather forget and Eva, the mayor’s daughter, seems hell bent on making her life a living hell.
In the end, Prue must make a decision. Stay in the town at the end of the world and learn how to love again, or go back into the wasteland of human civilisation and go it alone.

What Remains is a gritty story of human survival. When society crumbles and chaos reigns, people become desperate. They turn to violence and resort to extreme measures to go on living. Parts of this story may be confronting for some people. It contains violent situations staged by desperate people, the extremes that people go to to show their love and a dose of bad language. It’s recommended for readers 18 and up. 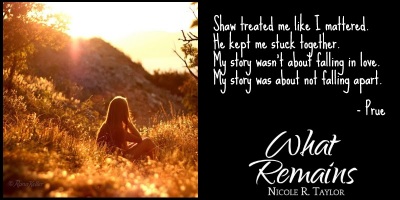 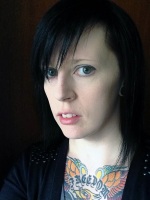 Previously, she has written for various small street press music and entertainment publications as a gig and album reviewer before publishing her first Urban Fantasy novel in early 2013.

When she isn’t writing, Nicole likes to spend time curled up with a good book and her 3-year-old rescue cat, Burger. She gets itchy feet more often than not and has lived in three countries and travelled to three times as many.

This cover reveal was organized by Xpresso Book Tours.